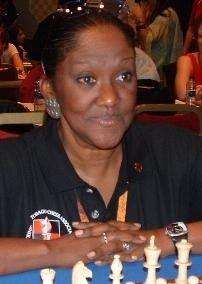 (TRINIDAD EXPRESS) – RETIRED principal of Blackman’s Private School in Maraval, Arlene Blackman, has been ordered by the court to compensate two former pupils in the sum of $20,000 each for putting their heads in a toilet bowl and flushing it back in 2012.

The order was made by Deputy Chief Magistrate Cherrill-Anne Antoine yesterday afternoon when she found Blackman guilty on two counts of cruelty to the children.

Those offences took place on January 24, 2012, at the school’s compound. At the time, one of the boys was nine years old, while the other was ten.

Magistrate Antoine did not impose any fine on Blackman but ordered her to fully compensate the boys within three months or in default, she will be made to serve six months’ imprisonment.

Blackman was charged under the Children’s Act, but in her defence, she denied committing the acts for which she was accused. Instead, she claimed the boys had fabricated the story.

She was taken into custody and charged on February 1, 2012, after the father of one of the boys reported to officers what had taken place. Two days later, the mother of the other child made another report.

The State’s case was that Blackman took the boys to the toilet area of the school located at Saddle Road, Maraval, pushed their heads in the toilet bowl and flushed it.

The evidence was that Blackman believed that minutes before the incident, the boys were playing in the bathroom area and when questioned they denied it.

However, she ordered the boys to return to the bathroom area and await her arrival.

When she arrived, she took each boy into the toilet individually, forced their heads into the bowl and flushed the toilet causing the water to soak their face and head.

After she was arrested both boys were able to identify Blackman during an identification parade.

During yesterday’s virtual hearing, after the magistrate had begun reading her ruling, senior counsel Sophia Chote, who appeared on behalf of Blackman, pointed out to Antoine that members of the media were present on the video link and that this should not be the case since children were involved.

The magistrate agreed and had reporters removed from the link.

State attorney Nigel Pilgrim appeared on behalf of the prosecution.