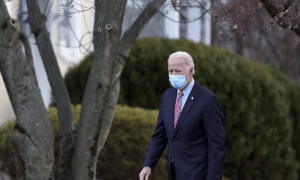 (AFP)— A US federal judge on Tuesday blocked President Joe Biden’s administration from implementing a 100-day pause on deportations.

“A near-complete suspension of deportations would only serve to endanger Texans and undermine federal law,” Paxton said in a statement.

On his first day in the White House Biden signed a moratorium on the deportation of undocumented migrants who arrived in the United States before November 1, 2020, thus fulfilling a campaign promise.

“I commend the Court for prioritising the law and safety of our citizens,” Paxton said in the statement.

Leading US civil rights group, the American Civil Liberties Union (ACLU), in turn filed a brief asking the court to deny the request.

“The voters rejected the Trump administration’s disastrous immigration policies, but Texas is now seeking to keep the Biden administration from turning the page,” said Cody Wofsy, an attorney with the ACLU’s Immigrants’ Rights Project.

This legal battle, which is only just beginning, likely foreshadows a bitter, broader fight to come on the issue of immigration.

On January 20 Biden cancelled the Trump administration’s most controversial immigration measures, including the building of a wall on the border with Mexico.

Biden also sent a bill to Congress that could lead to the regularization of millions of undocumented migrants.