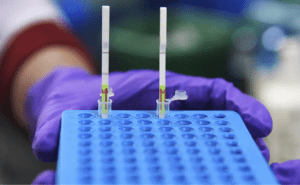 (AFP) — The first case of a coronavirus variant that recently emerged in Brazil has been confirmed in the United States, health authorities in the state of Minnesota said Monday.

The Minnesota Department of Health said in a statement that the “Public Health Laboratory has found the variant of the SARS-CoV-2 virus known as the Brazil P.1 variant in a specimen from a Minnesota resident with recent travel history to Brazil.”

The patient, who is a resident of the Twin Cities metro area of Minneapolis and Saint Paul, tested positive for COVID-19 in early January and was advised to isolate, the statement said. Further lab information revealed the case to be the Brazil variant.

This case, as well as the discovery of three cases of the British coronavirus variant in Minnesota in the past few weeks, underscores “why it is so important to limit travel during a pandemic as much as possible,” state epidemiologist Ruth Lynfield said in the statement.

President Joe Biden on Monday re-imposed a travel ban on most non-US citizens who have been in Britain, Brazil, Ireland and much of Europe.

Biden also extended the ban to travelers who have recently been to South Africa amid warnings that new, more transmissible coronavirus variants are already establishing themselves in the United States.

The new president last week tightened mask wearing rules and ordered quarantine for people flying into the United States, as he seeks to tackle the country’s worsening coronavirus crisis.

More than 25 million COVID-19 cases have been recorded in the US since the pandemic began, according to the Johns Hopkins University tally.

The milestone was reached only five days after the US, the world’s wealthiest and hardest-hit nation, recorded 400,000 deaths from the disease.