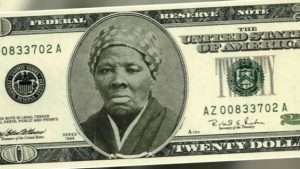 (COMPLEX) – The Biden administration is picking up where Barack Obama left off by pushing for Harriet Tubman to be the face of the new $20 bill, CNBC reports.

While the new note was slated to be revealed around the 100th anniversary of the 19th Amendment, which gave women the right to vote—the initiative was suspended during Donald Trump’s term.

“We’re exploring ways to speed up that effort,” White House press secretary Jen Psaki said on Monday. She said it’s important that the country’s currency bills “reflect the history and diversity of our country, and Harriet Tubman’s image gracing the new $20 note would certainly reflect that.”

In 2019, Trump’s Treasury secretary, Steven Mnuchin, said that the redesign was being postponed until 2028 due to technical issues.

Andrew Jackson, America’s seventh president, is currently the face of the $20 bill. Trump was apparently a huge fan of Jackson’s, and even had a portrait of him displayed in the Oval Office, which Biden has since removed. Prior to being elected, Trump said the Tubman initiative was “pure political correctedness.”

Redesigning the bill is no quick feat. In addition to swapping Jackson’s image for Tubman’s, producing the new notes also involves utilizing anti-counterfeiting technology and other security measures that necessitate a new high-speed printing facility, which will be ready by 2025. In comparison, it took 11 years to produce the blue security strip on the new $100 bills.

If Biden is successful, then Tubman would be the first Black person to be the face on any U.S. currency. The Obama administration first decided to put Tubman on the note following a 10-month review, where the public was asked who should grace the redesigned $20 bill.