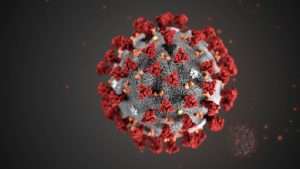 (CMC) — The Ministry of Health and Wellness on Sunday reported that it had received confirmation from the Caribbean Public Health Agency (CARPHA) of five cases of the United Kingdom strain of COVID-19 on the island.

All five cases have since made a full recovery, the ministry said.

“This new situation further emphasises the need for strict adherence to all protocols recommended thus far and to ensure increased vigilance at all levels where risk has been identified. The Ministry of Health and Wellness will continue monitoring the situation and recommendations will be made as needed, guided by the science to reduce the impact of COVID-19 on our population,” it added.

The Trinidad-based CARPHA had requested that positive cases with high viral loads be sent to their laboratories for gene sequencing for surveillance of this new variant of the virus in the region.

The new strain has been detected in Denmark, the Netherlands, Belgium and Australia but the risk of importation into the Caribbean and rest of the world had rated as high due to incoming travel from the United Kingdom and Europe.

However, cases have since been confirmed in the Caribbean, including Trinidad and Tobago and Jamaica.

Studies conducted in the United Kingdom on this new variant of the virus suggest that it increases the rate at which the virus spreads. This is estimated as increasing as much as up to 70 per cent.

The United Kingdom has noted increased levels of transmission and spread in the areas where the variant strain has been found. However, there is no evidence at this point of more severe cases associated with the new variant or it reducing the effectiveness of the COVID-19 vaccine.