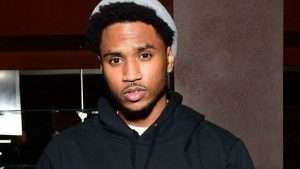 (BILLBOARD) – Trey Songz was reportedly arrested on Sunday (Jan. 24) after getting into a physical altercation with a police officer during the Kansas City Chiefs/Buffalo Bills NFL playoff game.

In footage obtained by TMZ, a man resembling Songz (born Tremaine Aldon Neverson) can be seen wrestling with a handful of sheriff’s deputies as they attempt to handcuff him. The arrest reportedly came after Songz was heckled by fellow football fans at Arrowhead Stadium.

After the reported scuffle with the policeman, the singer’s attorney, John P. O’Connor, confirmed to the Kansas City Star that his client had been arrested, but declined to provide further details.

At press time, Songz was reportedly still in custody and had not been charged as the investigation into the incident continued.

The “Back Home” singer said that he’d tested positive for COVID-19 in October and encouraged his fans to take the deadly virus seriously, noting that he would be self-quarantining in his house until he tested negative. Less than two months later, a Columbus, Ohio, nightclub was temporarily closed after officials said Songz held a show with more than 500 people, with undercover officers finding hundreds of unmasked and not socially distanced fans inside the Aftermath nightclub on Dec. 5.

A spokesperson for Songz had no comment at press time.