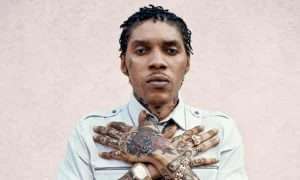 It seems nothing can keep the Worl’Boss down. Even from behind bars, the veteran dancehall artiste continues to dominate the genre. His latest work, Dancehall Royalty, which features a five-song set that was released on January 8, has debuted at number two on the sales-driven US Current Reggae Albums chart.

Vybz Kartel’s latest work, which features his son Likkle Vybz, Renee 630, and Sikka Rymes, also entered the streaming-driven Billboard Reggae Albums chart at number 36. The US Current Reggae Albums chart is used to assess the top-selling albums based on data from Nielsen Music/MRC Data. According to the current ranking on the chart, Stick Figure’s World on Fire is the top album.

According to the chart, Dancehall Royalty sold 161 copies in its opening week. This is another chart that Vybz Kartel’s music does well on, as this is his second album to make it. In July 2020, his album Of Of Dons and Divas earned the top place on the charts. He was hoping for a Grammy nomination for that one.

Other notable movements on the chart include Higher Place by Skip Marley, which moved down to the number three position, while Afrikan Blood the album released by various reggae artistes moved up three places to number four on the chart. Buju Banton’s Upside Down 2020 was removed from number three to number five, and another various artistes collaboration, When Jah Shall Come, released by London-based Pressure Sounds Records, claimed the sixth spot.

Coastin by Iration is at number seven while Tropical House Cruises to Jamaica: Reggae Collector’s Edition is at eight. While in the other notable chart, the Billboard Reggae Albums chart, Bob Marley and the Wailers record an impressive 54th week in the number one spot with Legend. Shaggy’s Boombastic Collection: The Best of Shaggy by Shaggy comes in second while World on Fire by Stick Figure claimed the third spot.