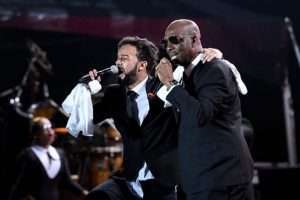 (TRINIDAD NEWSDAY) – There is no Carnival 2021, but there will be a Soca Monarch. At least a version of the competition will be held online, according to creative director for International Soca Monarch (ISM) Simon Baptiste.

In a telephone interview with Sunday Newsday on Saturday, Baptiste confirmed the competition is on with the management team seeking sponsorship for prizes. The competition, which will be rebranded The Monarch, will take place on February 12 – Carnival Friday.

Baptiste said even though the National Carnival Commission (NCC) will not be hosting any virtual events he intends to “still make an effort.”

Contacted on Saturday about The Monarch, NCC chairman Winston “Gypsy” Peters said while promoters were free to host any event, the commission will not recognise the winners of any competitions.

“There is no Carnival 2021 so the NCC won’t recognise any winner for any event,” he said when asked if the privately held competition winners will be listed nationally as having won the titles.

Told this, Baptiste said: “NCC is free to make decisions that it thinks is best, however, beyond the NCC mandate, the Carnival community will support the winners and will stand by them.”

He added that it is easier to do nothing than be the ones who make a difference.

Defending 2020 champions Iwer George, who won the Power category, and Jesse “College Boy Jesse” Stewart, who won the Groovy category, both declined to comment on the virtual competition or whether they will participate.

Stewart said he and his management team will address the issue at a later date while George said he will await further information from the co-ordinators before commenting.

The Monarch will not be the only competition held virtually as the Chutney Soca Monarch (CSM) contest will take place. George Singh, the event’s producer and Southex CEO, made the announcement in a Facebook Live post last year. The competition will be an online/TV experience he said then.

The semifinal and the final will be broadcast live to the national audience on TV and streamed on social media to a local and international audience. The semi-final will be shown on January 30. The final, to be held on February 13 – Carnival Saturday, will be a theatrical production recorded at the Southern Academy for the Performing Arts in San Fernando.

On September 27, 2020, the Prime Minister put to bed all speculation and cancelled Carnival 2021. Since then virtual Carnival events have been rolling out. Last Sunday, soca artiste Nesta “Sekon Sta” Boxhill’s hosted a concert at Queen’s Hall, St Ann’s with limited patrons spaced out at the venue and no alcohol.

The virtual event was broadcast live on television and social media. The production was critiqued as being a fete with disregard to physical distancing rules and regulations forcing Police Commissioner Gary Griffith to speak out against it even launching an investigation as to whether there were any breach of the Public Health Regulations.

After meeting with Boxhill and the TT Promoters Association, Griffith agreed that such events are not in breach of the regulations but a few changes were made including the promise that police officers will now be in attendance at future events.

No funding for Carnival

Sunday Newsday spoke with Minister of Tourism, Culture and the Arts, Randall Mitchell who said Carnival in all its forms, is cancelled.

He said following discussions with stakeholders and health experts, Dr Rowley announced that there was no Carnival.

Asked about virtual events Mitchell said: “There are people putting on virtual shows, look at Sekon Sunday. Desperadoes will have a show soon, there are people doing it. If the promoters want to have an event they are free to do so but as far as the Government is concerned Carnival 2021 has been cancelled.” Desperadoes won the large band Panorama final in 2020.

Mitchell added that those clamouring for events may be eyeing government subventions but that is not possible since it was not budgeted.

“I know people are hurting, not just promoters, we all have to go under some strain. Other countries are feeling it as well. Some people don’t understand how bad this thing really is.”

President of the TT Promoters Association (TTPA) Jerome “Rome” Precilla, when contacted on Saturday, said Carnival is more than just a two-day street parade. He added that the cancellation of Carnival was done without consultation with the TTPA, who are still willing to meet with the Government on the topic.

“We are not asking for money. The consultation would have allowed for us to use the venues and these things. Carnival is a two-month long event that begins on the night of Boxing (Day) straight up to Ash Wednesday. When we did our checks is close to 100,000 jobs lost because of no Carnival.”

Mitchell said now the aim is to plan for Carnival 2022 to be the best ever, even if it’s a local Carnival. He said based on what has happened in the past, even with a vaccine, a pandemic will take some time before normalcy is restored. This may well mean that Carnival 2022 will be strictly local.

Soca artiste turned mas man Ronnie McIntosh said the idea of a local Carnival will mean the borders remain closed for almost two years and doubts it will happen. If it does, he said, he is prepared.

He too argued that Carnival was more than the street parade adding that the economic benefit to TT from Carnival is substantial and that was overlooked.

“The Government thought that they saved money by cancelling Carnival because they didn’t pay for this competition or that event, but the amount of foreign exchange that this generates and the people that are employed by Carnival was not considered.”

Baptiste acknowledged that with the pandemic, Soca Monarch, which attracted soca artistes from as near as Barbados and as far as Japan, will have to be reformatted which they are still working out. He said a further update will be given on Monday.

He said: “It just feels like every week we are presented with what we can’t do and something being revoked. The beauty of Soca Monarch is to embrace the competitors from across the globe and find a way to be all inclusive. No matter what you call it, it is on. There will be some level of prize money involved that will be promising to competitors.”