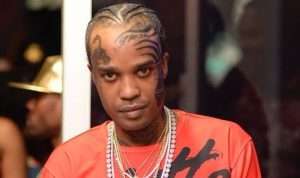 (URBAN ISLANDZ) – Still no bail for Tommy Lee Sparta as his gun case pushed back.

Embattled dancehall deejay Tommy Lee Sparta will not get to start 2021 with his family as he was remanded into custody yesterday, January 14. His case was called up in the Corporate Area Gun Court division of the Home Circuit Court. He will remain behind bars until at least February 3. The Jamaica Observer spoke to one of his attorneys-at-law, Donahue Martin, who explained that he could not share much about what happened during the camera session court case.

“The matter was set first before the court today. I, however, can’t speak with the openness of what took place in court, because those matters are in-camera,” he added. He did, however, say that “the matter is, however, fixed for February 3, 2021.”

Another attorney representing Tommy Lee Sparta, attorney-at-law Tom Tavares-Finson, QC, gave a bit more detail about the process and why Lee was sent back to lock-up.

“Generally, when matters are first before the Gun Court, especially in recent times, the judge would make a Finger Print Order. A Finger Print Order just essentially means you give your fingerprint to the police and, from that, the police can indicate whether a particular individual has previous convictions or if they have other cases pending,” he said. He added that this process must be completed because it also helps the court to know if the person charged has a pending warrant out for them. “That is the purpose of the Finger Print Order,” he said.

Most times, until this condition is met, a defendant is not even allowed to apply for bail, he continued. Tommy Lee Sparta, who was not physically present in court, faces charges of illegal possession of a firearm and ammunition. The deejay, whose real name is Leroy Russell, also spent six weeks behind bars last year, 2020, as police questioned him about his relationship with the Sparta Gang that operates out of Montego Bay. The gang was said to be responsible for several shootings in the area.

In this latest case, police reports indicate that he was arrested on December 14 after a vehicle in which he was traveling was intercepted by members of the JCF’s Specialized Operations unit. Following a search of the occupants in the vehicle, the squad allegedly found a 9mm Glock pistol with an extended magazine containing 18 rounds of ammunition. Police said it was found in Lee’s waistband. Police also said that he is being investigated for other criminal offenses.