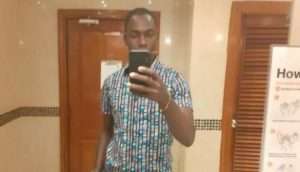 Venture appeared at the Georgetown Magistrates’ Court and was not required to plea to the charge, which alleged that during the month of September 2020, at Meadow Brook Gardens, Georgetown, he engaged in sexual activities with a child under the age of 16. The matter was held in-camera.

He was released on bail with the condition that he reports to the police station until the determination of the case. The matter is adjourned until January 18, 2021.

According to the facts of the case, Venture would frequent a shop owned by the victim’s parents and it is there he would lure her into the toilet and engage in sexual activities.

The victim’s stepmother got hold of the child’s cell phone and found a series of messages between the two. When confronted by her parents, the child revealed that she and Venture were engaged in a sexual relationship.

The matter was reported and Venture was arrested.