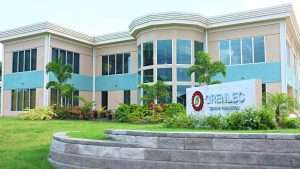 PR – On January 4, 2021, the GTUC‘s had requested a meeting with Prime Minister Dr. the Rt. Hon. Keith Mitchell, to discuss matters pertaining to the announcement that Government had found finances and repurchased GRENLEC shares from WRB.

Resulting from the above request a GTUC delegation met with a delegation from the Government of Grenada led by Ministers Gregory Bowen and Oliver Joseph.

The GTUC raised a number of concerns and made comments regarding the manner in which the nations business was handled in “secrecy” and advanced its observations that the Government appeared to have been sidelining the Social Partners/Stake Holders since the completion of the Structural Adjustment Programme (SAP) 2014 – 2016.

In relations to the GTUC requesting copies of the details of the Share Purchase and Sales Agreement governing the repurchase, the Government said these will be tabled in Parliament on Friday, January 15, 2021 and thereafter will be available to the public.

The GTUC felt that if the Government was thinking of selling any of the shares to foreign interests, then this must not be done at a subsidized price, that is, not below the rate of XCD$18.00 per share. It is instructive to note that the Government kept insisting that it would sell below the above rate of XCD$18.00 once the foreign entity is prepared to make available additional benefits such as the building of a new hospital.

The GTUC insisted that the shares should remain in Grenadian hands. The GTUC demanded that in the interest of transparency and accountability the Government must consult it (and other local stake holders) before any future sale, divestment, change of ownership or Management arrangements are entered.

The Government indicated that this is their intention.

The Government insisted that the repurchase will result in lower Electricity rates.

The GTUC demanded from the Government that it should provide, within a week of the meeting, a detailed breakdown of the funds and sources used for the repurchasing of the WRB shares. This was especially important given the need for transparency and accountability and also taking into account that there appeared to be inconsistency from the Government officials on the matter.

arrangements” or “ownership”. The Government of Grenada indicated it wished to continue consultation on the subject.

The GTUC delegation made numerous suggestions on the future ownership, management, divestment and energy policy of the Company.