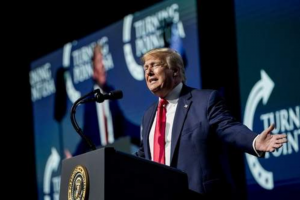 (AP) — House Majority Whip Jim Clyburn says the House could vote this week to impeach President Donald Trump but delay sending the legislation to the Senate until after many of incoming President Joe Biden’s Cabinet secretaries are confirmed for their posts.

The South Carolina Democrat says “it may be Tuesday or Wednesday before action is taken, but I think it will be taken this week”.

Clyburn says he’s concerned that a Senate trial could distract from the process of confirming Biden’s nominees.

Mitch McConnell, the Senate’s Republican leader, has said an impeachment trial could begin as early as January 20 — Inauguration Day.

Clyburn told CNN’s “State of the Union” that McConnell was trying to be “disruptive” but that House Speaker Nancy Pelosi will decide when to appoint impeachment managers and send the articles to the Senate.

Clyburn says an option would be to give Biden the “100 days he needs to get his agenda off and running, and maybe we’ll send the articles sometime after that”.