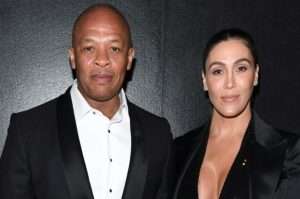 (PEOPLE) – Dr. Dre has reached a temporary financial agreement with his estranged wife, Nicole Young, as their multimillion-dollar divorce battle continues to wage on.

The producer (né Andre Romelle Young), 55, has agreed to pay a staggering $2 million to Young, 51, according to court documents obtained by The Blast.

The $2 million is to cover Young’s living expenses until April, the outlet reports.

Court documents obtained by PEOPLE Thursday, confirms that a “stipulation has been reached between the parties.”

The agreement comes just days after Dre was rushed to the hospital.

By late Tuesday, a source told PEOPLE he was “lucid” in recovery. Soon after, he was in stable condition and provided a health update on Instagram, writing that he was “doing great and getting excellent care.”

PEOPLE confirmed in June that Young filed for divorce from Dre and cited irreconcilable differences as the cause of their split, after 24 years of marriage.

Young and her currently hospitalized, estranged husband are parents to son Truice, 24, and daughter Truly, 20. He is a father to four children from previous relationships: Tyra, La Tanya Danielle, Marcel and Curtis. His late son Andre Young Jr. died in 2008 at age 20.

In 2019, Forbes estimated Dre’s net worth at $800 million, which ranked him at No. 2 on the year’s list of the world’s wealthiest hip-hop artists. In December of that same year, Dre topped the earnings of the decade list with $950 million, mostly resultant of his Beats Electronics empire.