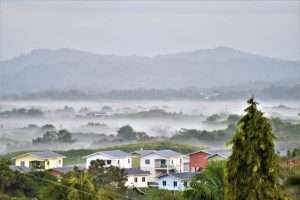 (TRINIDAD EXPRESS) – Those bone chilling nights are not your imagination.

Temperatures have been dipping to chilly levels on some nights and particularly into the early hours of the morning, with the thermometer slipping on Sunday night to 18.89 degrees Celsius, according to a Met Office recording station in Caroni.

Across much of Trinidad, people are experiencing temperatures around 20°C, with a few areas at 19°C.

The Met Office says that a few nights during January and February are likely to be “relatively cold” with minimum temperatures falling below 20 degrees Celsius.

Both day and night-time temperatures are likely to be warmer than average for most of Trinidad and Tobago during the 2021 Dry Season.