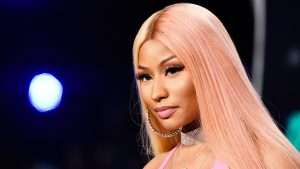 (COMPLEX) – Nicki Minaj is being sued over her song “Rich Sex,” which appeared on her 2018 album Queen.

According to TMZ, rapper Jawara Headley is suing the fellow Queens native for more than $200 million over the track. Headley, who goes by Brinx Billions, claims he should be credited as the sole author/creator/composer/writer/producer of “Rich Sex.”

As TMZ points out, Headley is currently credited as a writer on the song according to the ASCAP database. In his legal filings, he alleges he first showed Onika “Rich Sex” prior to 2016, when she told him “it would be extremely marketable and become a global hit.” He claims the two met via MySpace back in 2007.

In the lawsuit, Headley points to specific lyrics, including “it ain’t such a thing as broke and handsome,” as evidence of Nicki’s theft. He also says the song has a similar beat and arrangement.

Lil Wayne hopped on the track for Queen. In addition to Nicki, Brinx Billions is also suing Universal Music Group, Young Money, and Cash Money for more than $200 million in damages.

Over the weekend, Mrs. Petty and her husband gifted the world with the first image of their adorable son on Instagram.

“#PapaBear thank you so very much for choosing me to be your mama ??? Wishing you guys a happy & prosperous New Year,” Minaj wrote. “Thank you for your love & support throughout this journey. It’s meant so much to me.”