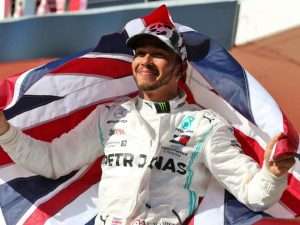 Rugby league legend Rob Burrow is made an MBE for services to rugby and his awareness campaign since being diagnosed with motor neurone disease.

The former British number one, 37, represented Great Britain in the event – previously known as the Fed Cup – before becoming captain in 2016.

Others made an MBE include former Tottenham and Chelsea striker Jimmy Greaves and ex-Wolves midfielder Ron Flowers, both World Cup winners with England in 1966.

He clinched a seventh World Championship and became the most successful F1 driver ever when he won the Turkish Grand Prix in November 2020.

After the Istanbul victory, Hamilton said he felt like he was “only just getting started”, adding: “To all the kids out there, dream the impossible.”

He said he would “love to stay” in F1 and wanted to continue to campaign for change when it comes to human rights, diversity and environmentalism.

Former world champion Damon Hill told BBC Radio 5 Live: “It’s fantastic the way he calls out to all the young kids. He’s going to ignite a whole army of Hamilton wannabe emulators and he deserves his knighthood.

“He’s always has been an exceptional talent but it’s incredible what he’s achieved this year. It’s not been a good year for most of us on the planet but it’s been a pretty good year for Lewis.”