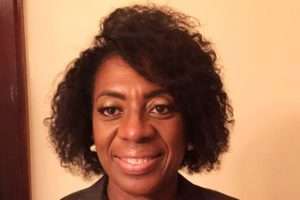 (CMC) — A Barbadian-born, retired New York Police Department (NYPD) detective has thrown her hat in the race for the 46th New York City Council District in Brooklyn and has expressed strong confidence that she would emerge victorious.

Dr Judy D Newton, who retired from the NYPD on April 30, 2012, told the Caribbean Media Corporation (CMC) on Sunday that she’s focused on her campaign, “reaching out to voters in the district and putting a winning team together”.

Newton said her goals and aspirations are “simple: To represent the people of the 46th District, especially working families”.

“I’m running on a platform of rebuilding, preserving, and restoring the community and district by putting families first,” she said. “I believe that the damage done to families in the district by the twin pandemics of poverty and COVID-19 are also aggravated by high unemployment, joblessness.”

Newton said “the unintended consequences and fall-out occasioned by these issues need someone who can roll up their sleeves and get to work, putting our families’ interests first”.

“My immediate priority will be to address bread-and-butter, kitchen table and pocket book issues facing families in the district,” she stressed. “If I was not confident of winning, I would not be running. I could not sit idly by and watch my community struggle in pain and go to hell in a basket.”

“The difference between my opponents and me is that they do not fully understand the serious issues and challenges facing families in the district today. I do,” added Newton, who is seeking elective office for the very first time. “Just knowing the challenges or issues is not understanding them and their impact on the community.

“Resumes and accomplishment lists and accolades do not put food on the table, keep children safe, and offer hope and optimism for the future,” she continued. “That’s why my campaign is about putting families first and addressing directly, confronting these challenges and problems head on.”

Newton said her campaign recognises the need to address important issues, such as access to quality, affordable healthcare and education, among others, which impact families in the district.

“These are macro issues,” she said. “However, if we do not address local, retail issues of hunger, poverty, rent relief, foreclosures, evictions and other daily struggles, then getting to the macro issues will be moot. As the late Democratic House Speaker Tip O’Neal once said: ‘All politics is local.”

Newton said she was born to Dorothy and Ivan Newton, of a poor family in the village of Coach Hill, St John, Barbados.

From an early age, she said she learned the value of a good education and the importance of public service.

In the summer of 1976, Newton said her family migrated to New York City to enable her to continue her education.

Becoming a police officer in the NYPD in 1984, she said her tenacity, drive and “force of will” led her to advance through the ranks to detective — special assignment and then detective.

But after retiring from the NYPD, she said her service to her community did not end, recognising the need for community involvement, planning, organisation, and liaising for the community with elected government officials, business leaders, fellow citizens, and civic and larger community stakeholders.

Newton said she enlisted public support to identify issues that would merit law enforcement action, stating that these associations assisted with a community outreach programme, which offered a list of educational tools, with primary focus on presentations to community groups, including senior citizens and student organisations.

At the same time, Newton said she continued her formal education, attending John Jay College of Criminal Justice in New York City and earning an associate’s degree in police science, a bachelor’s in business administration and a Master’s in public administration in 2000.

She also earned a Master’s degree in philosophy from Cardiff University, Wales, United Kingdom in 2013 and a doctorate in education from American International College, Springfield, Massachusetts in 2018.

Newton said she contributes to a weekly radio programme in discussing the latest immigration, trends and informative community issues, and participates weekly as a mentor and instructor to school-age children, assisting them in their studies.

She is chairperson of the Education Committee at Community Board 18 in Brooklyn, sits on other committees of the board and actively participates in civic meetings.

Additionally, Newton said she assists with a mentoring, breakfast and summer bible study program at a church and school in Barbados; is a big sister and mentor to children in Cape Town, South Africa, providing for their tuition and future education; has performed community service at the Cape Town YMCA and at Pollsmoor Prison, mentoring incarcerated juveniles; and participates in mentoring and assisting students from Monument Park High School, Cape Town.