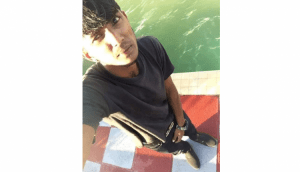 (GUYANA NEWS ROOM) – A construction worker was killed after he collided with a cow on the Crabwood Creek (CWC) Public Road, East Berbice Corentyne on Saturday evening.

The man has been identified as 22-year-old Akram Hack, of Lot 38 Grant 79, CWC. Police said Hack was riding his motorcycle when he collided with a “spotted brown cow, owner unknown.”

As a result, he fell onto the road and received injuries about his body. He was picked up in an unconscious state by the police and taken to the Skeldon Public Hospital where he was seen by a doctor on duty who treated him for the injuries received.

While being transferred to the New Amsterdam Public Hospital, Hack became unresponsive and was pronounced dead at the Port Mourant Public Hospital by a doctor on duty.

The body is presently at Ramo Funeral Home awaiting a post mortem examination.

The dead man’s sister, Razeeka Hack- Singh was in a state of shock and disbelief when contacted by the News Room. She said the family is trying to come to grips with the devastating news.

The young man was described as an industrious, caring and willing person.