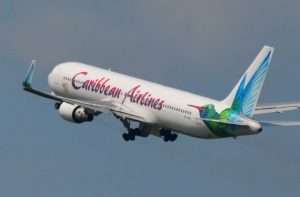 (newsday.co.tt) – Caribbean Airlines Ltd (CAL) has extended the temporary layoffs of some of its employees for an additional three months from January 15-April 15, 2021.

An internal memo sent to staff by CAL CEO Garvin Medera, obtained by Newsday on Tuesday, said the company must continue to “keep costs (at) an absolute minimum” while it awaits the reopening of the country’s borders.

Head of corporate communications Dionne Ligoure confirmed the extension to Newsday on Tuesday via e-mail.

“It is unclear when the borders for TT will reopen,” said the memo, “and it seems likely it will be later than the previously expected date in January.”

The company announced furloughs and salary cuts from October 15 as short-term measures to save the company, which has been struggling since the government closed TT’s borders in March in an attempt to curb the spread of the covid19 virus.

The memo said funding for the foreseeable future was uncertain.

It said while the company was reluctant to extend the layoffs, it was necessary to prevent the need for more severe measures.

The memo also said the company informed staff of salary reductions in October for an eight-month period ending in June 2021, which will be carried out as planned for members of staff making more than $7,500 a month.

It said the company would continue to cut costs wherever possible, including contractors, temporary workers, and irrelevant allowances.

“As a management team, we continue to monitor the situation for alternative options, or an improvement in the marketplace that would allow the company to operate normally again.”

The memo said a decision on additional funding is expected in January.

“In the meantime, we are committed to supporting all employees in the company as best we can.”