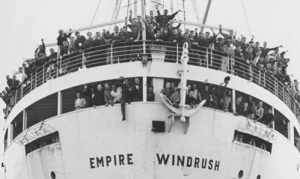 (AFP) — Britain on Monday announced an overhaul of the compensation scheme for victims of its clampdown on the “Windrush” generation of immigrants, with increased and faster payouts.

Home Secretary Priti Patel and Bishop Derek Webley, co-chairs of the cross-government working group on Windrush, wrote in The Times they recognised the need to “go further and faster to help those who need it” following complaints about the scheme.

In 2017, the Windrush scandal caused uproar after it emerged a generation of Britons of Caribbean origin who moved to the UK legally between 1948 and the early 1970s had been wrongly detained or deported as illegal immigrants.

The plans will also include “options for higher awards in exceptional circumstances”.

So far, the compensation scheme has paid out more than £2 million and offered £1 million more.

But the working group said it needed to go further to address the damage done to those they said had been “so badly let down”.

“We want these changes to make a real difference to people’s lives, and urge everyone who may have been affected to apply,” Patel and Webley wrote.

“We hope these changes will go some way to ease their lives, and enable them to move forward with hope and determination,” they added.

Last month, a probe by the UK’s Equality and Human Rights Commission (EHRC) found the government broke the law with its hardline immigration policy and characterised the deportations as a “shameful stain”.

The EHRC lambasted the “hostile environment” policy against the Windrush generation, introduced in 2012 by then home secretary Theresa May, who went on to become prime minister.

The Empire Windrush was one of the ships that brought workers from Jamaica, Trinidad and Tobago and other islands, to help fill post-war UK labour shortages.

Many of those caught up in the clampdown ultimately lost homes and jobs and were denied access to healthcare and benefits.