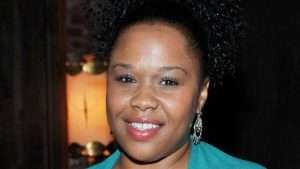 (TMZ) – Natalie Desselle-Reid — a prolific actor known for roles in “Eve,” a ‘Madea’ film and ‘B*A*P*S’ — has died after a battle with cancer … one she’d kept private.

The veteran comedic actor passed away Monday morning. A family member tells TMZ she died of colon cancer after having been diagnosed earlier this year. We’re told she was in hospice care in her final days, and was surrounded by family when she went.

An official statement reads, “It is with extremely heavy hearts that we share the loss of our beautiful Natalie this morning. She was a bright light in this world. A queen. An extraordinary mother and wife.”

Actress Holly Robinson Peete also shared the news, writing … “Just absolutely decimated by this news… Actress Natalie Desselle, a bright shining star passed away this morning. I got to know her when my mom was managing her. She will be so missed…sending out prayers to her children and husband.” She added, “???? Rest In Peace, Sweet Girl??”

Natalie was perhaps best known for her sidekick role opposite Halle Berry in the 1997 comedy film “B*A*P*S” in which she played the hilarious role of Mickey. She also starred on the sitcom “Eve” for three years, playing Janie Egins — as well as having starred in Tyler Perry’s “Madea’s Big Happy Family” as Tammy.

Her acting credits go well beyond that though — NDR also played a prominent character on the TV shows “For Your Love,” and “Built to Last.”

Her other big-screen credits include “How to Be a Player,” “Set It Off,” “Divas,” “Gas” and quite notably … the made-for-TV movie “Cinderella,” featuring Brandy … in which Natalie played the evil step-sister, Minerva.

Natalie leaves behind her husband, Leonard, and 3 children. She was 53.