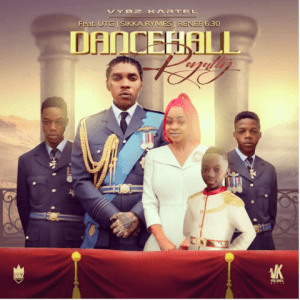 (BUZZ CARIBBEAN) – Incarcerated dancehall artiste Vybz Kartel is set to release another album, Dancehall Royalty, at the start of 2021.

The artiste, who missed on a Grammy nomination for his Of Dons and Divas project, will have released three albums in a calendar year, if the promoted January 8 date holds.

Dancehall Royalty is set to be a family supported release with his sons Likkle Addi and Likkle Vybz set to appear on the EP.

Announcement of the upcoming album was made via his Instagram page on Friday, December 4, when the cover art was shared.

On the promotional image, Kartel, his sons are seen wearing military-type attire, complete with medals and emblems, while the children’s mother, Shorty, is shown wearing all-white.

Vybz Kartel previously released To Tanesha, an ode to Shorty, in January and followed up with the Of Dons & Divas release in June.