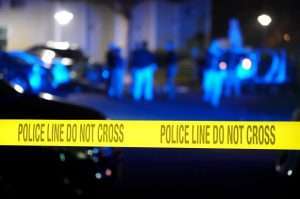 (NY POST) – A 15-month-old girl was left in critical condition after being stabbed in the stomach inside a Brooklyn home on Tuesday, law enforcement sources told The Post.

The toddler was injured in the back room of a Bedford-Stuyvesant apartment on Patchen Avenue near Jefferson Avenue at around 5 p.m., the sources said.

She was rushed to Woodhull Hospital and then transferred to Bellevue Hospital in critical but stable condition.

The only other people inside the home at the time were the tot’s grandmother and her nine-year-old brother, who has autism, according to sources.

A bloody kitchen knife was also found in the apartment, the sources added.

The boy was also brought to a hospital, the sources said, though it was unclear why.