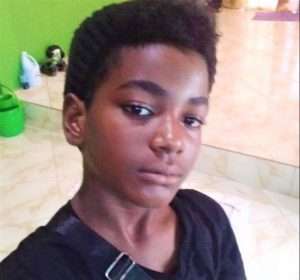 (TRINIDAD EXPRESS) – A 13-year-old was struck and killed by an armoured security truck in Guapo, Point Fortin on Monday afternoon.

The driver of the G4S Security Solutions vehicle said Zion Roop ran into the path of the vehicle and he tried but failed to pull away in time to avoid the fatal impact.

Roop was taken to hospital but died before getting there.

It happened at around 3.20p.m on the Southern Main Road, Gonzales Village, Guapo.

Police were told by the armoured vehicle driver that while heading in the direction of San Fernando, he saw the boy stating on the roadside in the vicinity of I.A.L Road.

The driver said that the boy suddenly ran into the road, and although he pulled away, he still hit the boy.

The vehicles’ windshield was smash and bonnet dented by the force of the impact.

The boy was placed in a private vehicle and taken to the Point Fortin Hospital.

He was pronounced dead.

Statements have been taken from the driver and a witness.

The security vehicle has been impounded as part of the investigation.