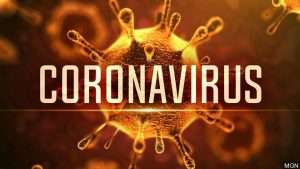 (CMC) — The Caribbean recorded its youngest ever death from the coronavirus (COVID-19) after a six-day old baby died of the virus in Guyana and several other Caribbean countries reported deaths and increased cases of the virus that has killed and infected millions worldwide.

The Ministry of Health said that the two deaths recorded here over the past 24 hours included a six-day-old baby, but gave no other details. The other fatality is a 31-year-old woman from Region 10 (Upper Demerara- Berbice) who died while receiving care at a medical facility. The death toll here now stands at 151.

A statement from the ministry said officials have contacted all relatives and persons to facilitate contact tracing and rapid assistance to everyone who may have been exposed to the now-deceased person.

The ministry is also appealing to the general public to respect the confidentiality of those who have died and to allow them to mourn their tragic loss in peace.

In Belize, three people died pushing the death toll to 147.

The Office of the Director of Health Services said that the victims included a female in her 80s.

It said that a total of 309 samples were processed with 96 new cases being identified, putting the overall total to 5, 743 with 2, 465 being active cases.

“There are 59 recoveries today so that 42.9 per cent of our cases remain active,” the authorities said.

Trinidad and Tobago is reporting that two elderly people with pre-existing medical situations have died, putting the death toll at 120.

In its latest bulletin, the Minister of Health gave no further details on the deaths, but said that 30 new COVID-19 cases were recorded putting the number of infections here a 6,660 with 795 being active cases.

The authorities said that there are 42 people in hospitals, 694 in home isolation including 175 within the prison system There have been 5, 745 recoveries have since recorded since the first case in March.

Suriname is reporting that there were no new cases over the past 24 hours and as of Sunday evening, there were 16 active cases out of a total of 5,312 corona infections.

The death toll remains at 117 while the number of people in hospitals is seven, the same number in isolation while the non-positives in quarantine is 1,428.

St Lucia continues to recorded cases of the virus with five new cases on Sunday, pushing the total to 257.

The authorities said the new cases included a four-year-old male and an 11-year-old female from the capital, Castries and that all the individuals have been placed in quarantine by the health practitioners while awaiting the return of their test results.

A 27-year-old male visitor was the only positive COVID-19 case recorded out of the 398 tests conducted in Barbados over the past 24 hours.

The visitor, who came in on an American Airlines flight on November 23, tested positive on the second test. He was asymptomatic.

There are now 19 persons in isolation.

The authorities said that the new case moves the tally of confirmed cases to 276 including 142 females.