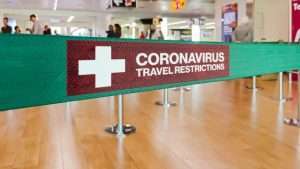 (LOOP NEWS CARIBBEAN) – The lack of political will in CARICOM to agree to common COVID-19 protocol standards is perhaps the biggest failure of this pandemic, said Edmund Bartlett, Jamaica’s Minister of Tourism.

Bartlett was responding to the placing of several CARICOM and other Caribbean countries under the Centers for Disease Control’s (CDC) Level 4 COVID-19 High-Level risk assessment.

Under this assessment, the CDC advises that travellers should avoid all travel to the destinations listed.

The CARICOM countries placed under Level 4 are Antigua and Barbuda, The Bahamas, Cuba, Guyana, Haiti, Belize, Suriname, Jamaica, Trinidad and Tobago and Turks and Caicos. Other Caribbean countries on the list are Curacao, Dominican Republic, Guadeloupe, Sint Maarten, St Eustatius, Saba, Puerto Rico, and the US Virgin Islands.

“I think that while countries have a responsibility to citizens to review from time to time the status of countries that they interact with, the absence of any standardisation that enables us to measure effectively where we all stand is a concern because it leads to arbitrariness sometimes and a level of confusion globally as to how travel and tourism should be effected,” Bartlett told Loop News.

Bartlett was not too worried about any fallout from the advisory, however, stating that Jamaica has had designations of this type before and it doesn’t significantly affect the visitor flow.

“Jamaica as a destination is well known, we have managed the protocols extremely well and established some innovations that are enviable in the world such as the resilient corridor. We have established Jamaica Cares, an end-to-end health security programme which will protect visitors who come and removes the burden of managing the pandemic from the taxpayers of the country,” he said.

Antigua and Barbuda’s Foreign Affairs Minister E.P. Chet Greene said his Government is shocked at the rating given to the twin-island.

Greene noted that Antigua and Barbuda has no community spread and no clusters with the level of infected persons relatively low at 139 with declining active cases, and only four deaths.

The minister also observed that while he was pleased that sister countries, Barbados and St Lucia have been placed at Level 2 or “moderate risk”, it is perplexing that their figures stand at 259 cases and seven deaths, and 220 cases and two deaths respectively.

He noted that of 14 neighbouring Caribbean territories, eight of them are “very high risk”, three are “moderate” at Level 2, and three are “low risk” at Level 1.

He said he has been in touch with Sir Ronald Sanders, Antigua and Barbuda’s Ambassador to the United States, and contact will be initiated with the CDC on Tuesday morning to ascertain the basis on which the country has been placed in a “very high risk” category for travel.