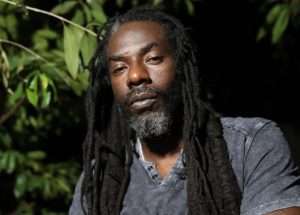 (JAMAICA GLEANER) – After announcing that Grammy Award-winning reggae singer Buju Banton was one of the recipients of the 2020 Caribbean American Heritage (CARAH) Awards, the organisation seems to have had a change of heart and has rescinded the offer.

“Our official stance is that talks stalled,” was the response to The Gleaner on Monday morning, after Banton’s name was noticeably absent from an updated release sent Friday by CARAH’s community administrator, Sharon Williams.

On Friday, amid speculation that Banton’s viral October 21 anti-mask expressions, for which he faced monumental backlash, led to CARAH withdrawing the proposed honour, Williams told The Gleaner that “we are in talks with his (Banton’s) management”.

She added days later that “the organisation is still committed to working with [Buju] Banton’s foundation”.

Donovan Germain, co-manager for the reggae artiste, was asked on Sunday to comment on the fact that Banton’s name was excluded as a recipient, and also that the withdrawal came after the entertainer expressed his controversial statements on the COVID-19 protocols. Germain stated, “I will pass on this.”

CARAH brands itself as ‘the leading honours event by the Caribbean diaspora for people in the Caribbean diaspora.’ In a letter addressed to Buju Banton, which had been prominently displayed on his Instagram page, but which has since been taken down, CARAH’s founding President, Claire Nelson, was fulsome in her praise of the artiste.

“We view with much respect your longevity in the business, your prolific output and your impact on the US and global culturescape. We take note of your Grammy-winning discography, as well as your most recent exploration, Upside Down 2020, and the soulful Buried Alive, which is serving as a transformational healing anthem for many around the world at this time of extreme challenge. We especially value your passionate and compassionate outreach to and investment in the youth in Jamaica through your Buju Banton Foundation.”

The awards, held under the patronage of the Caribbean Diplomatic Corps, had its genesis 27 years ago. It celebrates members of the Caribbean diaspora who have been exceptionally successful in their fields at the national or international level.