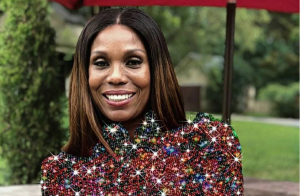 (LOOP NEWS CARIBBEAN) – Yvette Noel-Shure is known as the powerhouse publicist behind global stars such as Beyoncé and Buju Banton.

But on Thursday, the day she celebrates her birthday, Noel-Shure will be the star in her own right when Tempo Networks puts the spotlight on her Grenadian roots in a show called Caribbean Dream.

Caribbean Dream is a series that takes viewers behind the bright lights to show the journey of those who have forged successful careers in the diaspora.

Frederick Morton Jr, Tempo’s founder and CEO, said in a release that Noel-Schure’s brilliant stories of growing up in Grenada inspired him and his staff and crew to create her homecoming to visit all the places and people that shaped her.

“As TEMPO turns 15 this very week, the joy of unveiling Yvette’s amazing success story is even sweeter,” he said.

“Our kindred spirits meet in that beautiful place of unconditional love for the Caribbean and her amazing success story will undoubtedly motivate many to make their Caribbean dreams reality — Well Done, Yvette, well done.”

Originally from Grenada, Noel-Schure’s life and journey from the Spice Isle to the top ranks of the entertainment industry will be on display when the show airs.

The release said the episode follows the pride of Grenada as she reconnects with her roots, walks the cobblestone roads in the community that instilled her most precious moral values and explores the sights, smells and magic that can only be found in the Caribbean.

In the episode, she also reveals a family secret about mental illness and reconnects with those closest to her on the island that gave her the love and courage she needed to become an immigrant success story.

Caribbean Dream airs on Tempo network on Flow on November 18 at 9 p.m. (ET) or via the Temp app.