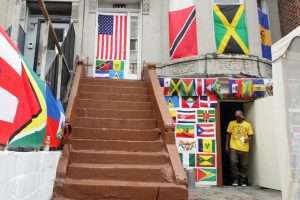 “In Western and Central New York, we have seen refugees inject new life into cities and counties that have struggled with an economic downturn for decades,” Murad Awawdeh and Rovika Rajkishun, NYIC’s interim co-executive directors, told the Caribbean Media Corporation (CMC).

But they said for four years, Trump’s single-minded and racist attacks on immigrants blinded him to the social, cultural and economic benefits of admitting refugees.

“We applaud this commitment that will help revitalise Western and Central New York out of the pandemic, and urge the Biden administration to make this reversal of Trump policy the first step in a bold and ambitious immigration reform agenda that continues America’s long history as a beacon of hope and opportunity for families fleeing persecution and violence.

“We must renew America’s reputation as a welcoming nation for all,” Awawdeh and Rajkishun said.

During an address to the Jesuit Refugee Service, Biden pledged to raise the annual refugee admissions target to 125,000 for this fiscal year. The proposal would be a return to historic refugee levels before Trump’s policies, which drastically cut refugee admissions to an historic low of 15,000.

In ensuring that the new US leadership prioritise immigrant communities, Awawdeh and Rajkishun said NYIC is launching a US$3 million campaign with one goal, “to ensure every single member of Congress in New York, with New York Senator Chuck Schumer leading the way, works to win immigration reform that will bring the justice and freedom — not only from Trump’s racist policies but from our failed immigration system that has been broken for decades”.

Caribbean American Democratic Congresswoman Yvette Clarke, the daughter of Jamaican immigrants, who represents the predominantly Caribbean Ninth Congressional District in Brooklyn, New York, said she was “proud of the progress we have made to protect immigrants, despite the treacherous four years we have lived through under the leadership of this administration”.

“For the past four years, 45 has represented a direct threat to this community, as a white supremacist who has surrounded himself with other individuals who share his bigoted and wicked ideology,” Clarke, referring to Trump, the 45th President of the United States, told CMC.

“But our community has not backed down; it’s not in our blood to do so,” she added. “Immigrants and their children and grandchildren from every part of the world are not only the foundation of Brooklyn but are the foundation of our great nation.

“As the child of immigrants, I have worked tirelessly in Congress to demonstrate a commitment to our immigrant brothers and sisters, by supporting comprehensive immigration reform.”

Clarke said that, in the first 100 days of his presidency, President-elect Biden has promised to roll-back “45’s xenophobic policies that have put the lives of our beloved immigrant community at risk”.

For instance, Clarke said the Biden administration will reverse the public charge rule, end the asylum policies, end refugee bans, support dreamers, bring humanitarian aid to the border, end the National Emergency that allows federal dollars from the Department of Defense to build the US and Mexico border wall, among other things.

“The work continues, but now we have a partner in the White House, who understands the need for us to focus on the people and not the corporations to get us beyond this dark chapter of white supremacy,” Clarke said.

“This victory (Biden and Harris’s) is a reaffirmation of our liberty and determination to maintain our precious democracy. The renewal of our commitment to the best traditions of this nation — instead of the worst — will come from us.

“Your voices will sound the alarm for a renewal of purpose, a restoration of faith in ourselves as a people, who believe that every person should have an opportunity to participate in the American Dream,” Clarke said.