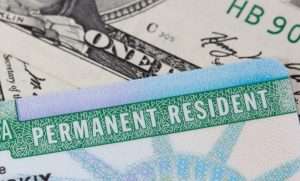 (AP) — An updated US citizenship test will require applicants to answer more questions than before and could slow down the number of tests held each day, experts said.

The US Citizenship and Immigration Services agency on Friday announced the updated test now has 128 civics items to study and will require applicants answer 20 questions instead of 10. To pass, applicants must answer 12 correctly, or 60 per cent. That’s the same pass rate as before.

The new test also removes geography questions and alters prior ones, such as requiring applicants to name three branches of government instead of one. It also changes the answer to a question on whom US senators represent from “all people of the state” to “citizens in their state,” which has drawn criticism over its accuracy.

Sarah Pierce, a policy analyst at the DC-based, nonpartisan Migration Policy Institute, said that the changes to the naturalisation test would possibly triple the amount each Citizenship and Immigration Services officer spends testing applicants.

Pierce said that under previous rules, applicants could potentially only answer six of 10 questions if they gave all the correct answers, but now applicants must respond to 20 questions even when they already got 60 per cent of them correct.

“These changes reduce the efficiency of this already struggling agency,” Pierce said, referring to its citizenship application backlog. “The administration is adding hundreds of thousands of more minutes to these naturalisation exams.”

Citizenship and Immigration Services spokesman Dan Hetlage said the new test “covers a variety of topics that provide the applicant with a more well-rounded testing experience”.

Hetlage said applicants 65 years and older who have been living in the US legally for at least 20 years are provided special consideration. They will be able to study from a smaller number of civics topics and will need to only get six out of 10 questions correct to pass.

People who apply for naturalisation on or after December 1 will take the new version of the test. The test is one of the very final steps in obtaining American citizenship, a months-long process that requires immigrants to have permanent legal residency for at least five years before applying.

More than 840,000 immigrants became US citizens during the 2019 fiscal year, up 11 per cent from a year earlier, according to US government statistics.

In recent years, the average wait time for an applicant to naturalise has also grown. It was nearly 10 months in the 2019 fiscal year compared with fewer than six months three years prior. The government lists estimated naturalisation processing times on its website of between 14.5 and 26 months in Houston and 16.5 and 32 months in New York.

31 Dead After Wedding Bus Falls Into Gorge In India