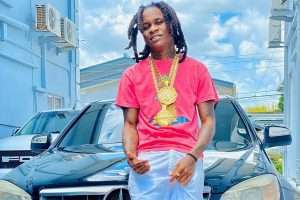 (DANCEHALLMAG) – Popular Trinidad & Tobago-based Dancehall artiste Prince Swanny was one of three men who were arrested and charged with Possession of Marijuana for the Purpose of Trafficking after a traffic stop last week.

Police reports out of the twin-island republic, say that on the afternoon of October 27, cops on mobile patrol on the Beetham Highway stopped a black Mercedez Benz which was driven by Prince Swanny, whose real name is Taryll Swan.

The two other occupants in the Benz were Daniel Charles and 18-year-old Akeem St Hill, DancehallMag understands.

The Mercedez was searched by the police patrol, who uncovered 1.5 kilos of compressed marijuana.

All three men were arrested and later brought before a magistrate in Port-of-Spain on October 28.

Swan, Charles, and St Hill were all granted bail on the possession and trafficking charges.

Possession of small quantities of marijuana was decriminalized in Trinidad & Tobago in December 2019.  However, the new laws only allow for the cultivation of up to four plants per adult and for the possession of fewer than 30 grams, significantly less than Swanny’s alleged stash.

In July 2019, Swan tried to evade cops at an event where he had been billed to perform.  They caught up with him and found a small quantity of marijuana.  That case was later discharged in court, according to TV6.

Prince Swanny, 23, has multiple hits including the 2019 banger Bread Winner, Dreams, and most recently Catch 22.

In June, the Swan Dan teamed up with Jamaican deejay Jahvillani for First Class Flight.

Opposing factions on the Dancehall scene in TT, one of which is led by Swanny, had signed a peace deal in July that called for an end to tensions, one day before popular artiste Rebel Sixx was killed in an apparent gang-related shooting.