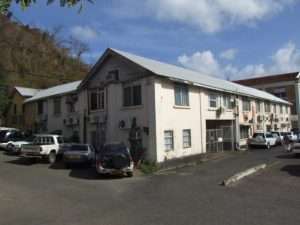 PR – The Grenada Technical and Allied Workers‘ Union members at the National Water and Sewerage Authority (NAWASA) will as of tomorrow, Wednesday November 4, 2020 report to work wearing Red Union T–Shirts in the first instance in the pursuit of saving the employment of co–worker Comrade Andy Lewis.

The Board of Directors through the Company‘s General Manager, informed the Union that they will not change the decision taken to terminate Mr. Andy Lewis‘ employment through retrenchment.

The Union and Workers of NAWASA under GTAWU‘s bargaining unit are clear that the Company is quite able to keep Comrade Andy Lewis employed. This is a period of grave social and economic challenges brought about by the pandemic COVID–19. The Union is very much concerned about the negative impact that such a decision taken by NAWASA, a State Owned Enterprise (SOE) will have on Comrade Andy Lewis and his family. Comrade Andy Lewis is one of the former Contract workers whom the Union had waged the Red December Struggle for in 2017 which ended in 2018.

There are other matters outstanding including the failure of the Company to increase the former Contract workers salaries in keeping with two recommendations from the Ministry of Labour.

TAWU has written to NAWASA informing about the workers reporting to work in Red Union Jerseys in the first instance.