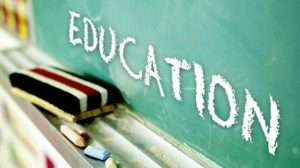 (AFP) — The UN and World Bank pleaded in a new report Wednesday for schools to remain open despite COVID-19 risks, highlighting the damage the pandemic has inflicted on children’s education, especially in poor nations.

Children in impoverished countries have been deprived of close to four months of schooling since the pandemic began early this year, while pupils in rich nations benefiting from remote learning have lost six weeks, the report said.

“We don’t need to look far to see the devastation the pandemic has caused to children’s learning across the world,” he added in a statement.

The devastation has been magnified in low- and middle-income nations, where there has been a lack of access to distance learning, higher chances of delays for school reopenings and fewer resources to mitigate health risks.

UN cultural agency UNESCO and the World Bank also said it is essential for countries to invest immediately in school systems to reduce the widening gap between the education provided in poor and rich countries because of the pandemic.

The report from UNICEF, UNESCO and the World Bank was based on information collected from nearly 150 nations between June and October.