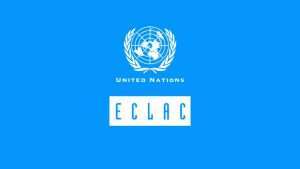 (CMC) — The United Nations’ Economic Commission for Latin America and the Caribbean (ECLAC) said on Wednesday that regional countries have approved its proposal for forging a new, post-COVID-19 future through a “transformative development recovery”, with greater equality and sustainability.

ECLAC said its 38th Session concluded on Wednesday with “countries’ recognition” of its work and their approval of the proposal presented in the document, “Building a New Future: Transformative Recovery with Equality and Sustainability.”

ECLAC said its “most important biennial meeting” — which was held virtually for the first time — wrapped up its debates with a ceremony featuring the participation of Amina Mohammed, Deputy Secretary-General of the United Nations; Carolyn Rodrigues-Birkett, Permanent Representative of Guyana to the UN and chair of the Group of 77 and China; Alicia Bárcena, ECLAC’s Executive Secretary; and Rodolfo Solano, Minister of Foreign Affairs and Worship of Costa Rica, which is the country that now holds ECLAC’s presidency for the next two years.

A total of 800 people participated in the three-day event, of whom 400 were government delegates; 55 were from UN agencies, funds and programs; seven were representatives of regional organisations; and 300 were from civil society.

In addition, ECLAC said 24 Ministers of Foreign Affairs and 19 deputy ministers were present on the session’s panels.

In all, the meeting’s transmissions drew more than 40,000 views via ECLAC’s various online platforms aimed at public dissemination.

As the session came to a close, the representatives of 43 member states and nine associate members of ECLAC attending the event approved 14 resolutions in which they urged the commission to “continue its work collaborating with member states on a comprehensive analysis of development processes geared to the design, monitoring and evaluation of public policies, and to keep providing operational services in the fields of specialised information, advisory services, training and support for regional and international cooperation and coordination,” ECLAC said.

In particular, it said they approved the “San José Resolution” – in honour of the capital of Costa Rica, the country that served as host of this session, even though it was entirely carried out by virtual means – “in which the countries of the region welcome the integrated approach to development that has marked the thinking of ECLAC since its inception, and the relevance of the issues examined, and express support for the general tenor of the conclusions set forth in the position document presented by the commission.”

“Furthermore, it instructs the organisation to conduct studies and formulate public policy proposals in the countries, in close cooperation with their policymakers, with a view to supporting the building of national capacities for the achievement of sustainable development,” ECLAC said.