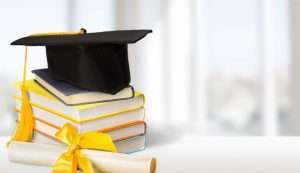 PR – Ninety-two scholarships, valued at more than EC $19 million, were awarded to Grenadian students for study at local, regional and international tertiary education institutions, during a virtual award ceremony on Oct. 22.

The scholarships included both graduate and undergraduate awards. Scholarships were awarded from the Government of Grenada, in collaboration with St. George’s University (SGU); the University of the West Indies; the People’s Republic of China and the Republic of Cuba and Russia. Six Island Scholarships and six economic cost bursaries to various UWI campuses were also awarded from the Government of Grenada.

Speaking on behalf of the St George’s University, Associate Dean, Colin Dowe, highlighted the impact of the University and its importance as a Grenada-based institution.

Dowe said, “There are over 2000 Grenadian graduates of St. George’s University and they have taken up significant positions here in Grenada, regionally and internationally. This is both in terms of their professional lives as well as in academia. St. George’s University is circa 20 percent of Grenada’s GDP. We are the largest private employer. We are, without question, the best in the Caribbean at educational tourism. We are indeed the number one provider of first-year residents to the U.S. healthcare system.”

His Excellency, Dr. Zhao Yongchen, Ambassador Extraordinary and Plenipotentiary of the

People’s Republic of China to Grenada presented awards from China, expressing thanks to the Education Minister and the Government for their support, while thanking the current students for their diligence in persevering despite adverse circumstances in during the COVID-19 pandemic. He also encouraged the 12 new awardees to study hard and achieve excellence, recognizing the continued cooperation between Grenada and China.

Her Excellency, Iraida de la Caridad Guerrero Zuñiga, Ambassador of Cuba to Grenada, who presented the awards from Cuba, praised the long-standing cooperation between Grenada and Cuba, as the countries celebrate 41 years of diplomatic relations, during which more than 300 students have graduated in Cuba. Despite the constraints of COVID-19, she said Cuba gives priority to the development of the human resource, which they see as priority for the development of country.

“This year 12 students will receive scholarships to study in Cuba in medicine, nursing, engineering, telecommunications and two post-graduates in medicine,” she said. “I want to tell the students that are here today you will have the opportunity to meet friendly people who will receive all of you with love and friendship.”

“Ambassadors, I wish to say to you this morning that we will be more than happy to have you convey our continued appreciation and gratitude to your Governments for the partnership with our Government. We will forever be grateful for what you are doing and how you are working with us to meet the needs of our people. I also wish to recognize the friendship and partnership with the leadership and management of the St. George’s University – a partnership and a relationship that has borne much fruit over the years and, as Government, we look forward to the growth and continued development of this relationship in the interest of our people.”

Minister Pierre announced that the Ministry will be launching a summer volunteer programme where all awardees will have an opportunity to give back. This will be extended during the bond period.