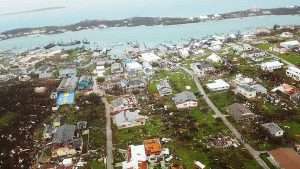 (CMC) — A team of researchers from the Extreme Events Institute of the Florida International University (FIU) is studying public support in Latin American and Caribbean for policies that reduce deaths, injuries and property losses from disasters.

In addition, the researchers are also examining how experiencing a major hurricane, earthquake or other “extreme event” changes those public support policy levels.

FIU said in a statement that the goal of the research, funded by a three-year, two-phase grant from the US National Science Foundation (NSF), is “to help reduce the loss of life and property from extreme events such as hurricanes and earthquakes in one of the most hazard-prone regions of the world”.

“This research is crucial because risk reduction policies get ahead of disasters to save lives and reduce harm and destruction,” said Barry Levitt, the principal investigator on the study, adding “but these policies work best when supported by the public, so we need to better understand how and when that support emerges”.

FIU said the research will be conducted in two phases. First, the team will design and deploy public opinion surveys in 16 countries as well as the US.

The surveys will assess people’s perceptions of disaster risk – how likely they think they are to be harmed by an extreme event – and their attitudes towards key disaster risk reduction measures, such as stronger land use and building codes, FIU said.

It said the project will be the first-ever to systematically study public support for disaster risk reduction policies before and after a disaster.

“When these policies have low levels of public support, sometimes they don’t work the way they are supposed to – builders may not comply fully, and authorities are less willing or less able to enforce them,” he added. “Public opinion and the politics of disaster risk reduction are as important as the technical details of the policies.”

FIU said the NSF grant will help this diverse team to share their findings with the international research community, as well as with the public, governments and non-profit stakeholders.