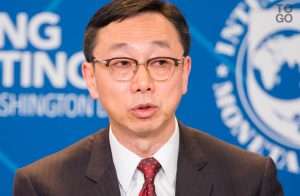 (CMC) — The International Monetary Fund (IMF) on Friday said the economic impact of the coronavirus (COVID-19) pandemic on the Caribbean has been “massive”, particularly for tourism-dependent countries in the region, but that lower commodity prices were also having a “major impact” on Caribbean commodity exporters.

In an exclusive interview with the Caribbean Media Corporation (CMC), IMF Deputy Managing Director, Tao Zhang, also acknowledged that the impact of COVID-19 on lives and livelihoods in the Caribbean has been severe, agreeing with an earlier description by the IMF Managing Director Kristalina Georgieva, that  this is  a “crisis like no other”.

He said that while the pandemic has been well contained, particularly in smaller island-nations like those in the Eastern Caribbean Currency Union (ECCU), most countries moved quickly to restrict inbound travel and adopt containment and mitigation measures.

“The total number of COVID-19 cases in general remains small and has been increasing only gradually as countries have been cautious with reopening plans. However, the economic impact of the pandemic has been massive due to the “sudden stop” in tourism.

“The shutdown of the tourism sector, which accounts for anywhere from 50 to 90 per cent of output and employment in the tourism-dependent Caribbean economies, and other lockdown measures had ripple effects, with a sharp contraction in economic activity. Lower commodity prices are also having a major impact on Caribbean commodity exporters through a decline in exports and fiscal revenues,” Zhang told CMC.

He said since the outbreak of the COVID-19 pandemic, the Washington-based financial institution has issued on two occasions its World Economic Outlook (WEO) and its Global Financial Stability Report in April and in June.

In the April WEO report, the projection for global output for 2020 contracted substantially by three per cent from 3.3 per cent. In the June report, the projection was further revised downwards to 4.9 per cent. Zhang said that global trade is expected to collapse by nearly 12 per cent in 2020, adding “certainly you would agree that this is not encouraging figures for the Caribbean”.

He said in the latest IMF WEO published this month, global growth is projected at minus 4.4 per cent in 2020, “less dire than we projected in June, but dire nonetheless”.

“In 2021 growth is expected to rebound to 5.2 per cent. But except in China, output in both advanced economies and emerging market and developing economies will remain below 2019 levels even next year.

“With the global recovery expected to be long, uneven, and highly uncertain, the outlook for tourism and growth in the Caribbean is not very promising. Following an expansion of one per cent in 2019, we are expecting a contraction of 12 per cent in 2020, the deepest in half a century, followed by growth of five per cent in 2021. For many countries, output is not expected to return to pre-crisis levels until at least 2023-24.”

Zhang said that the possibility that tourists from key source markets in North America and Europe do not return for the upcoming tourism high season poses substantial downside risks, warning, “many countries in the Caribbean may be faced with large near-term external financing needs”.

Smith, who heads the region’s premier financial institution also noted that in the region, economic growth, over the last two decades, has been volatile and well below the average for small states.

Zhang told CMC for a strong and inclusive recovery in the Caribbean region, the first thing is to support the health sector and vulnerable households.

He said select sectors or firms will continue to need support in order to mitigate the loss of human capital from prolonged unemployment.

“Beyond the pandemic, I agree with Dr Smith that exports of goods and services will be an important engine of growth, given the small domestic market most countries in the region have. And the prospects for trade-led growth could be enhanced by greater inter- and intra-regional integration. You may recall that this was one of the issues discussed at last year’s high-level Caribbean Forum in Barbados.

“Of course, many Caribbean countries are well known for their tourism offerings. There may be scope to move up the value chain in tourism and into areas like medical tourism), and also in agriculture. “

But the IMF official said that diversification into entirely new areas also must be explored, though this is challenging.

“All of this will require investment in infrastructure, technology, logistics, and marketing; enhancing education and labour skills; and creating a more nurturing business environment to promote entrepreneurship,” he said, noting that the Caribbean Community (Caricom) also stands to benefit from further economic and institutional integration and policy coordination.

Zhang said that the IMF will continue to advise on sound policy for macroeconomic stability, which is key for investment and growth.