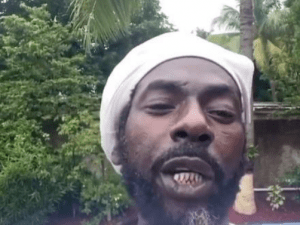 In the series of videos posted to his Instagram account, the deejay lashed out at the Jamaican government while calling for an end to mask-wearing.

“We wah done with this mask wearing bulls**t inna Jamaica and who fi dead ago dead and who Nah go dead ago just live,” Buju Banton boldly states.

He continued to accuse policymakers of causing the Jamaican people to be in abject fear and of driving people into poverty. “What have you done for all those who you have laid off and mek dem business close early? Jamaican people need to wake up….Mi nah wear nuh mask…Mask nuh mek fi man,” Banton added.

In a follow-up video also posted on Instagram, the artiste also lashed out at Jamaicans for “selling their votes.”

And in the last video on the topic, Banton declared that his love for Jamaicans “supersedes all that this world has to offer.”

He assured too, that he would not join other entertainers in ‘tricking them’.

In continuing, he affirmed: “I will not lead you down a path of destruction. I have always been sincere and true to you my people. A lot of people are benefitting by leading people down that path that is totally destructive here in Jamaica, here in America.”

Meanwhile, several social media users voiced their disagreement with the views expressed by Banton including his daughters, Abihail and Jodian Myrie.

Myrie, who is the Jamaica Labour Party caretaker for East Central St Andrew, tweeted: “Let us all as Jamaicans play our part in flattening this curve by continuing to wear our masks and practicing social distancing! Follow the protocols set in place to protect not only your life, but the lives of your loved ones.”

Other social media users scolded Buju Banton for his view that urged persons do not adhere to mask-wearing, a key part of the COVID-19 prevention protocols. They also called out his hypocrisy in selling masks as merchandise on his website.

But amid the uproar, Banton has been supported by other Jamaican entertainers, including Chi Ching Ching and Spragga Benz. Both commented under the artiste’s Instagram videos.

Since March, Jamaica has since recorded over 8000 cases of the virus, with just over 4000 being placed among the recovered and 174 deaths. Meanwhile, 40.9 Million persons have contracted the virus worldwide, with 30.6 Million of that total having recovered. The data also shows that over 1.1 Million persons have died as a result of complications brought on by the virus

British Man Held With US$400,000 Worth Of Cocaine At Sangster Airport