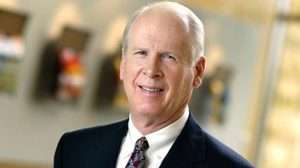 (CMC) — A 79-year-old Texan billionaire has been accused of using a web of entities in Bermuda and Nevis to hide US$2 billion in assets in what prosecutors say is the largest tax evasion case against an American in US history.

Robert Brockman was charged with tax evasion, money laundering and other crimes in an indictment filed in a federal court in San Francisco, which was unsealed on Thursday.

Prosecutors claimed that Brockman used a family charitable trust and offshore firms based in Bermuda and Nevis, as well as bank accounts in Bermuda, Switzerland and the British Virgin Islands (BVI), over a 20-year period to hide income from private-equity investments from the Internal Revenue Service (IRS), the US tax authority.

The billionaire used nominees to create a “false paper trail” in a conspiracy to disguise his direct control of these entities, which included the A. Eugene Brockman Charitable Trust, Point Investments Ltd and the St John’s Trust Company, all based in Bermuda, prosecutors claimed.

One of the nominees, referred to as “individual one” in the indictment, managed the Bermudian entities, as well as Spanish Steps, Edge Capital Investments Ltd and Cabot Global Investments Limited, all based in Nevis.

Prosecutors described how Brockman went to considerable lengths to maintain secrecy, using an encrypted e-mail system to communicate with nominees, to whom he gave code names including Redfish, King, Bonefish and Snapper.

Brockman, the chief executive officer of Reynolds and Reynolds, an Ohio-based vendor of management software for car dealerships, who appeared in federal court by video conference, pleaded not guilty to all 39 counts and was released on US$1million bond.

The United States attorney in San Francisco, David Anderson, told a media briefing “the allegation of a US$2 billion tax fraud is the largest ever tax charge against an individual in the United States”.

Robert Smith, the chief executive officer of Vista Equity Partners, a private-equity firm founded 20 years ago with a US$1 billion investment from Brockman, helped prosecutors with their investigation.

Smith, 57, avoided prosecution by agreeing to co-operate against Brockman. He also admitted he failed to pay US$30 million in taxes, and will pay US$140 million in back taxes, fines, and penalties, according to people familiar with the matter.

The Bermuda Police Service (BPS) worked with US authorities on the investigation and was recognised by the IRS for its efforts, according to the Royal Gazette newspaper.

In a statement released on Friday, the BPS said that in April 2018, the Attorney-General’s Chambers received a request from the US Department of Justice (DoJ) to assist the IRS with the investigation.

“The Financial Crime Unit of the Bermuda Police Service was able to assist in this process by the execution of search warrants, service of production orders, and seizure of evidence locally. This evidence was shared with our US counterparts which proved to be pivotal to their case against two prominent US-based businessmen,” said Detective Superintendent Nicholas Pedro, who heads up the Bermuda Police Service, Crime Division.

“Our detectives worked closely with the IRS and DoJ on the progression of this case, aspects of which remain ongoing, and hence cannot be discussed. Bermuda, and more specifically, the Bermuda Police Service welcomes the recognition of the role we played in this transnational money laundering and criminal tax evasion matter.

“This complex case highlights the role of Bermuda on the world stage, and the need for our investigators to be highly trained, skilled, and have the requisite resources available to them in order to meet international requirements and standards in the arena of financial investigations.

“We take our role on the international stage as a financial centre of excellence very seriously, and we believe this demonstrates our commitment and resolve to prevent Bermuda being used by criminals to launder criminal proceeds,” Pedro added.