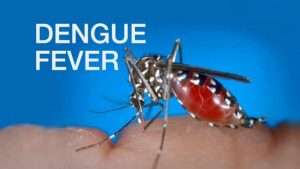 (LOOP NEWS) – The US Centers for Disease Control and Prevention (CDC) has updated its travel notice for Dengue in the Americas with a Watch Level One in effect.

The CDC in its update issued on September 30 said dengue is an ongoing risk in many parts of Central and South America, Mexico and the Caribbean.

It says travellers to areas of risk should protect themselves by preventing mosquito bites.

It also issued a list of 20 countries which have reported higher than usual numbers of dengue cases, stating that travellers visiting these countries may be at risk.

The eight countries from the Caribbean region on the list are:

A Watch Level One (Green) means travellers should practice usual precautions for the destination as described in the Travel Health Notice and/or on the destination page.

This includes being up to date on all recommended vaccines and practicing mosquito avoidance.