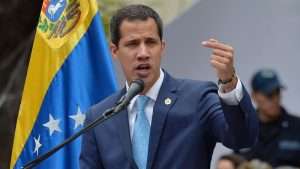 (AFP) — The Court of Appeal in London on Monday overturned a ruling that recognised Venezuela’s opposition leader Juan Guaido as president, as part of a dispute regarding the release of gold reserves worth US$1 billion.

Three judges set aside a High Court judgment in July that stated the British government had “unequivocally recognised” Guaido as the troubled Latin American country’s president.

That ruling came in a dispute over US$1 billion in gold reserves that Venezuela’s central bank wants released from the Bank of England to help fund the country’s response to the coronavirus crisis.

The Bank of England said it was unable to act on the instructions because it was “caught in the middle” of competing claims for the presidency after disputed elections in 2018.

The Venezuelan central bank’s board was appointed by the government of President Nicolas Maduro, successor to the late anti-US populist Hugo Chavez.

A rival ad hoc board appointed by Western-backed Guaido had asked for the release to be denied.

The Court of Appeal judges said that it had “directed that the UK courts conduct a detailed factual inquiry… to determine whether the UK government recognises that Mr Maduro does indeed continue to exercise de facto powers of head of state and head of government in Venezuela”.