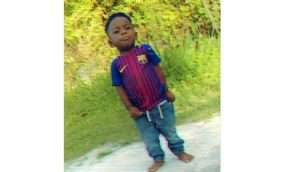 (GUYANA NEWS ROOM) – A two-year-old boy died at the Georgetown Public Hospital on Friday 19 days after he was reportedly given milk laced with methamphetamine – a drug commonly known as Molly.

The News Room understands that the toddler was left in the care of his grandmother and other relatives after his mother died on August 23, 2020. It is alleged that while in the care of his aunt, he was given the illegal substance.

On September 6, the toddler was rushed to the hospital in an unresponsive state and it was there that the doctors discovered the methamphetamine intoxication and contacted the Police.

On September 7, the aunt was arrested but later released and the baby boy was kept in the Intensive Care Unit until he succumbed on Friday.

The aunt was then re-arrested following his death.

The National Institute on Drug Abuse stated that Methamphetamine is a synthetic drug that alters mood and perception (awareness of surrounding objects and conditions). It is chemically similar to both stimulants and hallucinogens, producing feelings of increased energy, pleasure, emotional warmth, and distorted sensory and time perception.