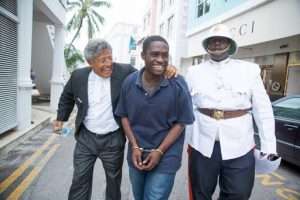 (CMC) — A Jamaican national who spent more than nine years in jail in despite having not been convicted of a crime, is seeking US$27 million in damages from the State.

In 2006, Matthew Sewell, who was first detained when he was 18 years old, was accused of raping a six-year-old girl and was detained at The Bahamas Department of Correctional Services for two years before he was granted bail in 2008. Three years later, he was once again charged with rape and remained in custody for over four years without trial.

In August 2013, Sewell was granted bail and the rape charges from 2006 and 2009 were dismissed. However, two months later, he was arrested in connection with a house-breaking incident.

While on bail for that charge, Sewell was informed he was wanted for murder and taken back into custody. He was never formally charged with that offence.

In 2014, a magistrate dismissed the charges related to the housebreaking, but Sewell was returned to prison.

Earlier this week, Justice Ruth Bowe-Darville struck out the government’s defence and scheduled a hearing on October 28 for the assessment of damages after Sewell instituted legal proceedings against the tate for damages related to arbitrary and unlawful detention, battery, assault, malicious prosecution and breaches of his fundamental rights under the Constitution.

He is also seeking US$27 million in damages.

“We are very pleased that the court has given judgment in favour of Mr Sewell in relation to his claims of abuse over the nine years and nine months,” Smith told the Tribune newspaper.

“To put this in perspective, the court has held that Mr Sewell was falsely imprisoned for 3,568 days illegally.

“That is a chunk of nearly a decade stolen from Mr Sewell; [starting] at the age of 18-years-old until he was 28. It baffles a civilised mind to think that between the government, prison, police and immigration authorities, Mr Sewell’s rights were repeatedly abused,” the attorney added.

Smith said his client has suffered tremendously as a result of the wrongful incarceration, to include physical injuries such as a broken nose, a near-gouged out eye, and repeated beatings.

He said Sewell has since been diagnosed with post-traumatic stress disorder (PTSD) and schizophrenia.

“This young man has been forever scarred by the inhumane and degrading treatment he received for nearly 10 years in the clutches of a system of institutionalised civil crimes against humanity,” Smith argued, telling the newspaper “this kind of case reflects savagery, ignorance and inhumanity which really is internationally embarrassing to The Bahamas.

In June this year, Rights Bahamas compared Sewell’s situation to that of Haitian migrants who had made complaints about deplorable conditions at the Carmichael Road Detention Centre, where they were being held.

“We call upon the Government of The Bahamas to publicly reject and renounce all forms of law enforcement abuse and declare its solidarity with the many victims within its jurisdiction,” the human rights group said, after the Supreme Court had ordered a US$60,000 interim payment within 60 days as a result of his ongoing legal battle over the false imprisonment case.