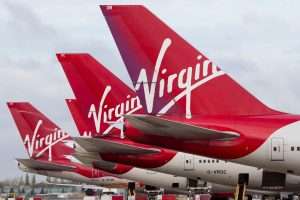 The private recapitalisation, worth US$1.6 billion or 1.3 billion euros, was cleared by Britain’s High Court Wednesday after creditors approved the move last week.

The latest announcement takes the total number of coronavirus-related job losses at Virgin Atlantic to 4,700 positions.

In May, it announced plans to slash 3,550 jobs — more than one-third of its staff — and close its base at London Gatwick.”Today (Virgin Atlantic) is announcing further downsizing across the business, with a planned reduction of 1,150 jobs across all functions,” the company said Friday in a statement that also confirmed completion of the rescue.

The recapitalisation deal was launched in July as the pandemic decimated travel demand and grounded most passenger jets worldwide.

“The last six months have been the most challenging in Virgin Atlantic’s history. Even in the toughest times, the people of Virgin Atlantic are what sets it apart and they have made tremendous sacrifices,” the company added in the statement.

“Unfortunately, despite actions already taken to reshape and resize the business, regrettably the airline must go further one last time with changes at scale, to ensure it emerges from this crisis.”

The rescue cash, including £200 million from Branson’s Virgin Group, will be delivered over the next 18 months.

Virgin Atlantic does not foresee a return to pre-crisis levels of flying until 2023.