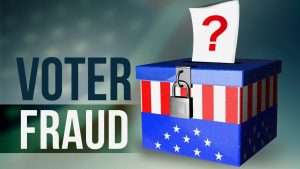 ICE said Dave Delano Virgil, 57, of Trinidad and Tobago, Eloy Alberto Zayas-Berrier, 70, of Cuba, and Ismay Prudence Kathleen James, 54, of Bermuda, face federal charges in the US District Court for the Middle District of North Carolina for illegally voting in the 2016 federal elections.

“These charges are the latest indictments to result from an ongoing years-long federal criminal investigation being conducted by US Immigration and Customs Enforcement’s (ICE) Homeland Security Investigations (HSI) Raleigh office,” ICE said.

They were also charged with misdemeanour charges of unlawfully casting ballots in the 2016 Presidential Election.

Others charged on August 31 included nationals from Guatemala, Malaysia, Mexico, Nigeria and Yemen.

If convicted, the foreign nationals face maximum penalties of six years in US federal prison, a US$350,000 fine and a term of supervised release, ICE said, adding that non-citizens are not eligible to register to vote or to vote in federal elections under US law.

An additional 12 foreign nationals, including James, were charged in US District Court for the Middle District of North Carolina on August 13 with misdemeanour charges for unlawfully casting ballots in the 2016 Presidential Elections.

If convicted, these individuals face a maximum term of one-year imprisonment, a fine not to exceed US$100,000, or both, ICE said, adding that these most-recent indictments stem from an ongoing HSI investigation that previously resulted in separate indictments in the Eastern District of North Carolina in August 2018.