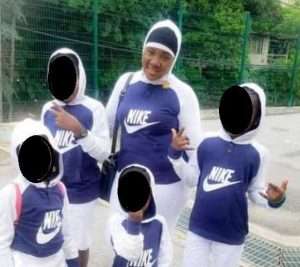 (TRINIDAD EXPRESS) – A 29-year-old mother of four was killed this morning.

Police were told that Sherian Huggins of Dan Kelly Village, Port of Spain, was at her home with a man, when at about 4am they were heard arguing.

Relatives said they then heard screams and found the man standing over Huggins’s body with a cutlass, chopping her.

Police and paramedics were called. Huggins died from chops to the torso and neck.

The suspect is said to be a man of African descent, about 5 feet 8 inches tall, of slim build, and a short hair-style.

A team of officers including Isp Maraj, Sgt Lucas, Cpl Pierre, Cpl De Silva, WPC Moolah, and WPC Liverpool, among others, are on the scene.

Police suspect that the victim found in Woodford Square is the man who killed Huggins.

While on this scene, police received intelligence that his body was hanging at Woodford Square in Port of Spain.

Up to 8am today, the hanging man had yet to be positively identified.