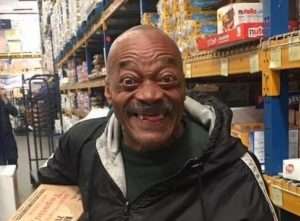 (NEW YORK DAILY NEWS) — A beloved caretaker at a Brooklyn church was chased and shot to death at his house of worship Monday evening, police sources said.

Edward (Swain) James, 62, was shot in the back in a vestibule at the Glorious Church of God in Bedford-Stuyvesant just before 5:10 p.m., cop sources said.

Police believe he was the intended target, and the shooter chased him from the street and into the church, on Halsey St. at Marcus Garvey Blvd. He may have gotten as far as the third floor of the church building, police sources said.

Medics took him to Kings County Hospital, but he couldn’t be saved.

The church’s deacon and congregants referred to him as a mainstay, and an icon in the community.

“He was a very good person. Me and my wife took him off the streets maybe 20 years ago. He did weddings, cleaned the building, mopped the floors,” said Ron Stewart, the church’s deacon.

Octavia Kitchen, 59, said he played a vital role helping her family, and served as the “mayor” of the neighborhood.

“He was the home attendant we never had. While we were working, he took care of my grandmother, grandfather, my aunt, her husband and quite a few more,” she said. “He fed and cleaned (them). I’m devastated.”

Fellow congregant Darius McNeil, 32, said, “He was a great guy. He was always helping. It angers me because it’s always the innocent people getting hurt.”

Police were still looking for the shooter Monday night.