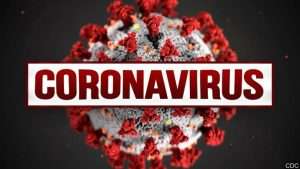 (CMC) — The Bahamas, Haiti and Suriname recorded more deaths from the coronavirus (COVID-19) pandemic as Caribbean Community (Caricom) countries continue to record positive cases of the virus that has killed 832,000 and infected 24.5 million others worldwide.

The Bahamas Ministry of Health said that 97 additional confirmed cases were recorded over the past 24 hours, pushing the tally to 2,020.

It said New Providence continues to head the islands with the most cases in the archipelago, numbering 1,218, followed by Grand Bahamas with 543 and 67 and 53 cases respectively in Abaco and Bimini.

The Ministry of Health also confirmed Friday that there were two “unfortunate deaths that are now under investigation” adding that “the death toll now stands at 50”.

In Haiti, the authorities said three new deaths were recorded in the West, South East and North West Departments, pushing the death toll to 200.

They said that 29 new cases of COVID-19 have been confirmed in Haiti, bringing the total to 8,151 cases since the first case was detected on March 19.

The Ministry of Public Health said that there are 2,179 active cases and that the number of suspected cases is 23,164.

Haiti has recorded 152 cases since the airport was reopened in July.

Suriname is reporting Friday that the death toll from the virus stands at 66 after four people died over the past 24 hours, making August the “deadliest” month here for the pandemic.

The authorities said that 32 people have already died from COVID-19 this month and that the number of positive cases also climbed to 3,793 after 69 people were found to be infected with the virus. There are 834 active cases.

“There are 133 people in the hospitals and 23 patients in the intensive care units. Surinam’s national capacity of IC beds is not back that long after a scaling up 28. The number of people healed in the past 24 hours is 30 and the total is 2,893. In isolation there are 702 people who are positive and in quarantine 105 people who are not positive,” the authorities added.

In Trinidad and Tobago, 47 positive cases from samples taken during the period August 19-26, have pushed the total here to 1, 476.

The Ministry of Health said that “this figure is not representative of the positive cases over the last 24 hours only,” and that there are 867 active cases.

“Of these 47 persons, 20 are nationals and 27 are non-nationals who are currently quarantined at the Trinidad and Tobago Defence Force (TTDF) site. These individuals pose no risk of spread to the population of Trinidad and Tobago,” the Ministry of Health said, adding “this brings the total number of non-nationals testing positive for COVID-19 during phase two to 44. Notably, the other 17 non-nationals were previously admitted through the parallel health care system”.

The ministry said that the number of deaths here remains at 15.

In Barbados, all of the Ghanaian nurses who were in COVID-19 quarantine since arriving in Barbados on July 30 have been discharged.

Of the 12 who tested positive for the viral illness and were in isolation, seven have recovered and were discharged from the isolation facility, while the other five continue to recover at the government facility.

The nurse who tested positive for malaria has also recovered and has been discharged.

Acting Chief Medical Officer, Dr Kenneth George, providing the update on the Ghanaian medical officials, said that “the Ghanaian nurses have completed three consecutive weeks of quarantine and have been certified COVID-19-free by the Ministry of Health and Wellness”.

The 95 nurses are in Barbados on a two-year assignment, in response to an outreach by the Barbados Government for specialist nurses to bolster the nursing complement in the public health sector.