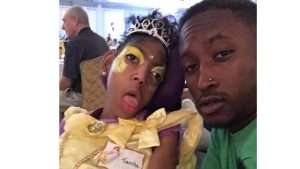 (AP) – An attorney for the family of a young woman found breathing at a Detroit funeral home after being declared dead said Tuesday the 20-year-old was in a body bag for some two hours before it was opened and she was discovered to be alive, with her eyes open.

Geoffrey Fieger, who was hired by Timesha Beauchamp’s family, said she remains in critical condition at Sinai-Grace Hospital in Detroit, where she is on a respirator and her heart is beating on its own.

“The doctors are unable to give a prognosis right now, and have indicated that it’s touch and go,” Fieger said during an online news conference.

Fieger said the family of the Southfield woman, who was born with cerebral palsy and has always needed constant medical care, are shaken by the blunder that led to her being incorrectly declared dead.

He read a statement from Timesha’s mother, Erica Lattimore, who said, “On behalf of the family we are devastated by what has happened. We would like people to continue to pray for Timesha and keep her family in their prayers.”

Fieger said he’s just begun investigating at the family’s request what he called the “negligence” that led to Timesha being declared dead Sunday morning at the family’s suburban Detroit home, only to be discovered to be alive after she arrived at the James H. Cole funeral home in Detroit.

He said he believes that after she was declared dead, police put Timesha in a body bag at her family’s home and she was inside it, breathing, for about 2 ½ hours before she arrived at the funeral home. Fieger said she was found to be alive as she was about to be embalmed.

“She was alive. Her eyes were open and she was breathing. My recollection is that the embalmer was actually there and was the person who opened the body bag,” he said.

Timesha receives three breathing treatments every day that is needed due to her medical condition, Fieger said. On Sunday, the family called 911 about 7:30 a.m. after her mother and brother became concerned after her first breathing treatment and noticed she was in distress. He said Timesha had apparently suffered a seizure.

“It was at that time that the family noticed that her lips were pale, and that she had some secretions around her mouth and that she was having difficulty breathing. And the family called Steven, Timesha’s brother, in and then they called 911,” Fieger said.

He said police arrived within about 15 minutes and four paramedics also arrived at the family home. Fieger said the medical responders were told of Timesha’s medical history, the medications she receives and about her daily breathing treatments.

Fieger said that after live-saving efforts, what happened next remains “very, very murky” to the family and himself but Timesha was declared to be dead when she actually needed urgent medicare care.

Fieger said she was declared dead even though her godmother, who he said is a registered nurse, told the paramedics she had seen Timesha breathing and she felt that she had a pulse. He said the paramedics dismissed the godmother’s concerns, telling her drugs they had given Timesha were causing those movements.

After she was declared dead, he said an officer with Southfield police gave the family his card, wrote on the back of it the medical examiner’s number and told the family to provide that number to the funeral home when the funeral home staff came to pick up Timesha.

The funeral home was called at 9 a.m. and she was picked up about 11:25 a.m., he said, only to be discovered alive about 20 minutes later at the funeral home.

The city of Southfield said it’s conducting an internal investigation but insisted that the fire and police departments followed procedures.

The Southfield fire department has acknowledged it was involved in Sunday’s events and said Monday in a statement that the situation began when a medical crew was summoned to a home on a report that a 20-year-old woman was unresponsive.

Paramedics tried to revive her for 30 minutes and consulted an emergency room doctor, the department said. The doctor “pronounced the patient deceased based upon medical information provided” from the scene, it said in Monday’s statement.

The department said it then informed the Oakland County medical examiner’s office of the death and the on-duty forensic pathologist “released the body” to the family.

Battalion Chief Chris Smith said Wednesday that the fire department’s chief would have an updated statement, but he was uncertain when that would be released.