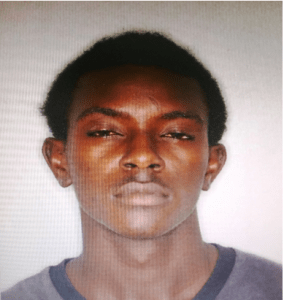 PR – Wanted man Nigel Clyne has been arrested and charged for causing Harm and Illegal Possession of Firearm and Ammunition.

Clyne was apprehended on Friday 21st August, 2020, in the village of Caruth, St. Andrew, mere hours after a wanted man bulletin was issued for him.

He appeared at the Grenville Magistrate’s Court on Monday 24th August, 2020, where he was remanded on the charge of Causing Harm to reappear in Court on October 5th 2020.

On the charges of Possession of Firearm and Ammunition he was sentenced to 6 months at Her Majesty’s Prison.

The Royal Grenada Police Force thanks the media and the general public for their assistance.